About the author: Sérgio Costa 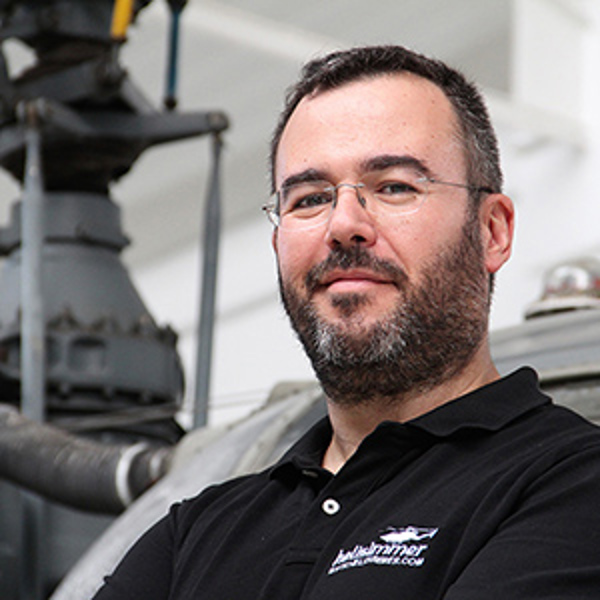 Sérgio is HeliSimmer.com's editor and writer and one of the Three Grumpy Simmers, a YouTube series and Podcast produced together with YouTubers Bel Geode and NovaWing24, obviously dedicated to flight simulation.

He has been a flight simulation enthusiast for nearly 25 years. His passion with helicopters developed with Microsoft Flight Simulator 2000 when he discovered the complexity of these aircraft and the challenge it was to control them.

Since then, helicopter sims have been his passion and he has collected tremendous experience with a vast diversity of helicopter flight simulation software and hardware products in both the consumer and the professional market.

In 2016 he released HeliSimmer.com, a website dedicated to the hobbyist helicopter flight simulation enthusiast and the community around it has been growing steadily.

Sérgio is currently a a software developer, team leader, product and project manager, and also provides consulting services and support to companies developing software and hardware for the flight simulation market, which allows him to have different perspectives over the products he contacts with.

The partnership between the two companies will make it possible to have Virtual Reality pilot training in Greenland for the first time.

The Swiss company has been one of the leading-edge companies in Virtual Reality pilot training and they have been piling milestone upon milestone.

The company is building the new training with VRM Switzerland.

Meravo Helicopters is the client which is now providing training through the use of VRM’s platform in the heart of Germany.

VRM Switzerland continues to reach new heights and milestones as the development of new products for pilot training seems to be taking off (no pun intended).

The company is using the VRM H125 VR simulator to provide helicopter training, but with a twist.

Mountainflyers Ltd. in Bern has added an Airbus H125 VR Training Device produced by VRM Switzerland to their Simulator Center located directly on their base at Bern Airport.

VRM Switzerland has been conquering milestone over milestone and their Airbus H125 simulation is officially certified by EASA as a Level 3 device while already in service with Helitrans.

The company is using Virtual Reality and its proprietary technologies to provide crews with better training in a safe environment.

The company became the first helicopter flight school to offer the technology on an EASA-certified system.